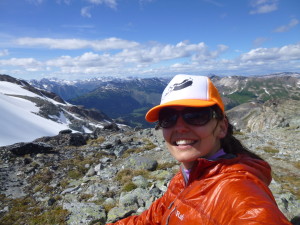 It’s a Tuesday afternoon, and I’m tucked away in the youth fiction/gardening section of my local library in Vancouver. I wonder how it has come to this. Three months ago, I was living on Bowen Island (an idyllic location that always inspired some form of, “lucky you!” from people who asked where I lived), engaged in a legitimate career as a full-time teacher, and spending the weekends in the mountains or under the sea with my loving boyfriend/trip planner. Things have changed since then.

The changes happened in increments, but still, to the outsider, I have to admit, it must look a bit like I’ve broken from reality. The reasons I had for quitting my job and moving back to the city were legitimate. The reasons that led me to decide to pursue a writing career, while relegating my teaching career to on-call status are a little more difficult to explain. And I don’t think there are words to make it clear to ourselves or to anyone else why my boyfriend and I decided, after nearly five years, that it was time to call it quits.

So here I am, surrounded by vampire fiction and elderly people, with my life a parody of its former self. And I can’t complain at all. Because as average a girl as I may be, I love adventure. I love being in the mountains, traveling to new places, trying new things. And whatever anyone might be tempted to say about this, my new life, they have to acknowledge (as I sometimes do, with a manic laugh), it’s an adventure.

So while I no longer have my own personal trip planner, I intend to keep adventuring. I’m not a burly mountain woman, and more than one of my attempts at planning things have resulted in people showing up at seperate locations. I get lost in the woods more often than I care to remember, and I’m usually the person huffing and puffing at the back of the group in order to keep up. But why should that stop me? I say, Let the new adventure begin!