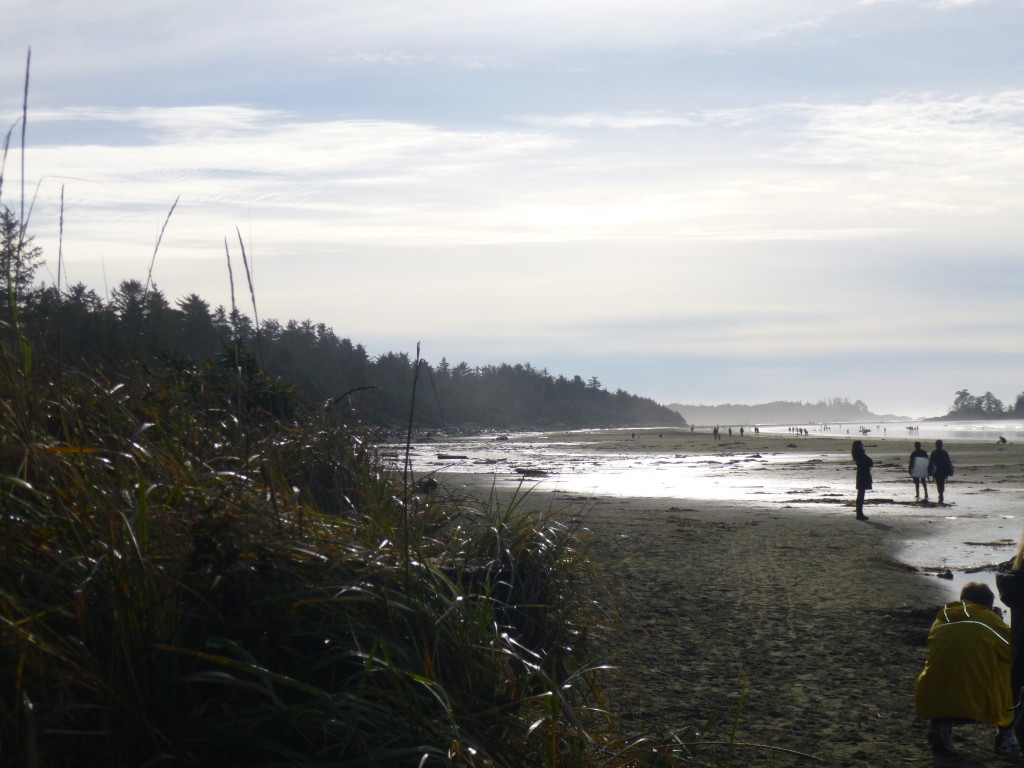 Its official: I’m a terrible surfer. I’ve always known and embraced this fact, but it’s never been so glaringly evident as it was this weekend. It turns out, I’m so bad at surfing that I actually improve when I’ve got the flu.

I didn’t think I had the flu at first. On Friday morning, when I hopped into a friend’s car, bound for Tofino, I felt great. I was home from doing fieldwork, I definitely had a job again, and I was about to spend a weekend in one of the most beautiful spots the West Coast has to offer (and there are many on offer) with a whole bunch of my favourite people. I had brought my wetsuit because I can’t go to Tofino and not surf, even if I do look like a big, awkward piece of seaweed being tumbled ashore every time I try. But I had forgotten the Tofino rule of thumb: If I go, I’ll get sick. Must be the super fresh sea air or something. It’s like a cleanse -if it doesn’t feel awful, it’s not working. But don’t worry -when it stops feeling awful, there will be euphoria, if only because of the lack of nutrients.

…returning from the metaphoric rabbit trail…

We arrived at the friend’s place where we were crashing after a late lunch stop at Coombs Market. (What kind of mom-and-pop-style consumer paradise is that?! And how come I have never been there before? I definitely bought a wooden crocodile fridge magnet and very useful painted Mexican tiles. And a rug. And a tiny baby t-shirt. Isn’t it fun to have friends with babies?) In Tofino, we opted for a late dinner at Shelter, where there was tasty food, wooden-everything-and-candlelight ambience and a first-showing of a locally made surf film called Kooks III, which was a lot of fun and exactly what you’d expect a surf film made in Tofino to be.

Also at the restaurant were roughly all the residents of the town, so we decided to grab a drink while we waited for a table. Thus began my Epic Journey of Self-Delusion. I was pretty hungry at that point, so my one drink hit a little harder than usual. Thinking I needed some carbs to “absorb” the alcohol, when the food came (a giant “personal” veggie pizza -so delicious until it wasn’t), I ate quite a bit, quite quickly. I was still kind of dizzy, though, so I ate some more, thinking that must have been one wicked cider I drank. Also, did I mention the pizza was sooo tasty? When we finally finished dinner, I felt like a wreck, despite having finished the entire pizza and consumed a considerable amount of water. I flopped into bed that night in a room-spinning, stomache-aching haze, convinced I had gotten hammered on one drink.

When I woke up the next morning feeling for all the world like I had a really bad hangover, therefore, I logically assumed that I did. I managed to eat a croissant over the course of the morning, and then we headed to the beach; surfing has always been a great hangover cure, and I was still harbouring the fantasy that what was starting to feel like body aches and chills were all the cause of that one pithy cider.

To my surprise, despite feeling like I was going to throw up or pass out at the end of each wave I rode, I managed to actually get up a couple of times, which has, in fact, never happened, ever, in Tofino. Normally, by the time I’ve stopped worrying that I’ll be flung over the front of the board, then shakily pushed myself up into a up-dog kind of shape, then steadied myself and double-checked that I’m going in the right direction, the wave is over. Maybe the key to being a better surfer (and actually having fun doing it) is to not give a crap. I didn’t really have the brainpower to worry about too much, beyond “paddle” and “stand up”. It was a beautiful, and a nauseous, thing. I spent the rest of the afternoon slumped against a log in my wetsuit, peacefully watching my friends (and their babies) play on the beautiful sunny beach and contemplating the fun ride (and whether or not I’d ever feel like eating again). 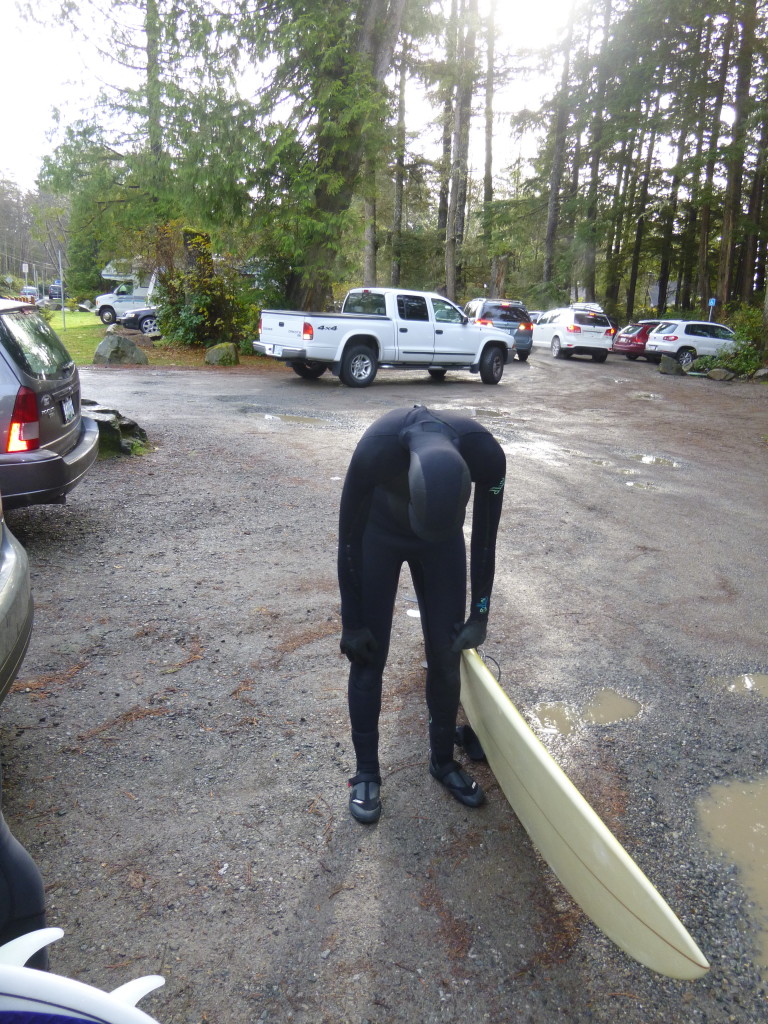 Not me. But you get the idea.

By the time I had forced a cup of lipton’s soup down and dragged myself into bed by 8, completely missing the birthday party that was the reason for being there in the first place, I had accepted that I was not the cheapest drunk ever. But somehow, the flu wasn’t so bad, accompanied by better-than-usual surfing and great-as-always friends.