The east coast may have seen blizzards in recent weeks, but out here in Vancouver, it’s still unseasonably warm. The other day, I wore a spring coat, and then had to take it off because I got too hot. A few days ago, it was 16 degrees outside (that’s celsius). A friend recently posted this picture of one of our local ski hills, taken a week and a half ago: 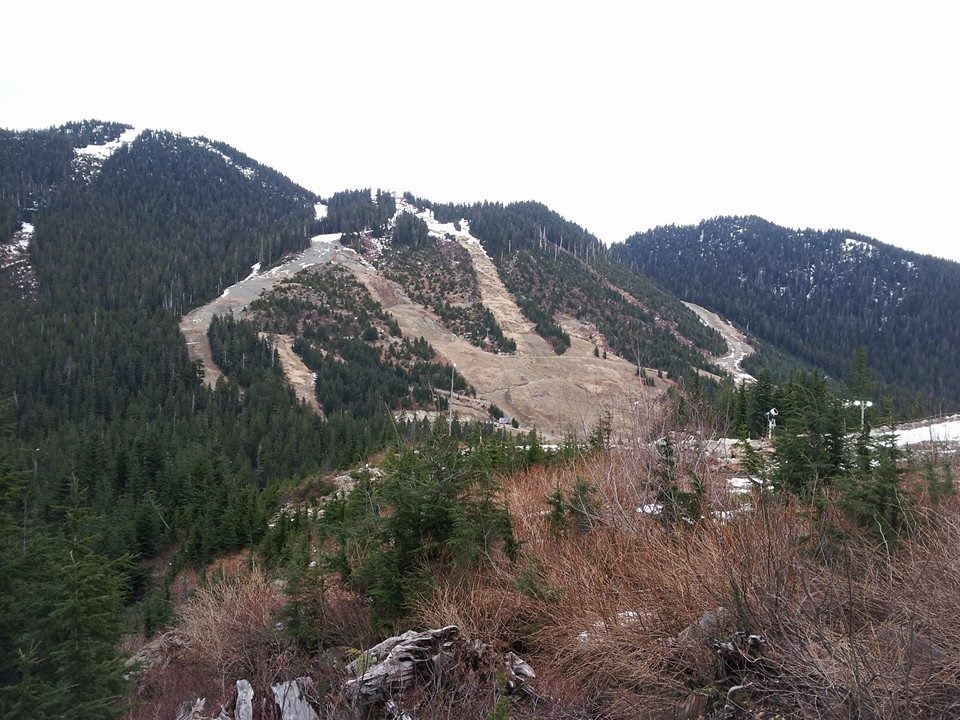 While there has been some snow in Whistler, and at ski areas that are more inland, it has been, by all accounts, a terrible year for skiing in BC, in the front country and in the backcountry. It’s been hard on resorts and skiers alike, and everyone is dealing with it in their own way. Here are five of the most common coping mechanisms that I’ve noticed cropping up on my Facebook feed.

If you can’t ski, you can at least take photos of the horrible conditions, find graphs depicting the overall decline of precipitation in the mountains over the past several decades and post lengthy rants directed towards all those blind fools who still insist that climate change isn’t really a thing. There’s something deeply satisfying about righteous indignation.

A number of friends have been posting photos of their recent (local) climbing sessions. The rock looks pretty nice, and there are no “climbing season” crowds to worry about. Thanks to climate change, climbing season is apparently year-round now up here in the great “white” north.

30-somethings with flexible work schedules are the new retirees; it seems like everyone is taking off for Mexico or Bali or Guatemala to escape the unseasonable warmth.

You (and all your Facebook friends) need something to brighten your dark rainy winter. Since snow sports aren’t around to help us out this year, puppies seem to be filling the void. Share the love by posting endless photos of your adorable baby animal in various clumsy predicaments. Several friends have been upping the ante and having human babies instead -this seems a bit over-dramatic to me.

Nothing like an hours-long slog in the rain to hunt down a patch of slush or wind crust to get in a few turns on. But love is love -sometimes you take what you can get