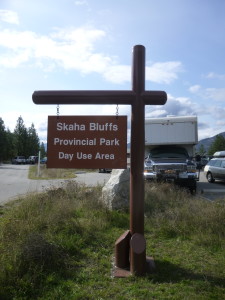 This (Canadian) Thanksgiving long weekend, I went on an awesome trip to Skaha with some awesome people. The end. Ha! Just kidding. And you thought this would be a quick read! Actually, this is my firt TR, so let me know what I can do better! I know it’s more novel than beta, but with what I ended up doing, there wasn’t much beta involved.

In the spirit of combination trips, as exemplified by my multi-faceted visit to Toronto (I did, in fact, pack and use climbing gear, a wetsuit, running clothes and a digital scale…which is another story for another time), I opted to do more than merely climb a lot of sweet crimpy goodness on this trip. There were people to see, and things to do.

We left in two cars from Vancouver on Friday afternoon. For my vehicle, which included my ex-boyfriend, Colin (so much for doing my own trips!) and his very gregarious friend, Bjorn (who, due to his gregarious nature is now my friend too), the first stop was Peachland, to stay the night with a friend of mine, her boyfriend, and their two Golden Retrievers, who had recently moved there. They treated us to wine and snacks in the evening and homemade waffles in the morning, which we ate on their patio, overlooking the lake. Beauty.

Thanks to the waffles, we arrived at Skaha Bluffs closer to lunchtime than any respectable climbers ought to. We decided to spend the first day out at Daycare, which not-so-ironically was crawling with children. It was beautiful and sunny, though, and I was down to a tank top in no time -not bad for October. Between Daycare and nearby Quickie Wall, I got to lead up to 5.7 trad and 5.9 sport. I was expecting to reach my freak-out limit (which, earlier in the season, existed at 5.6 trad and 5.8 sport) but didn’t. Which was awesome. I should have tried some harder stuff! I think the slow (very slow) build is helping the headspace issue a lot. Considering that last summer, I couldn’t force myself past the first bolt on anything at all, and on one notable trip, reached my freakout limit on the approach, I think 5.9 isn’t a bad place to be.

When the sun dipped behind the hills, I became immediately too cold to climb, and we headed to the Skaha Community pool with the other carload. Dinner was a delicious pasta potluck (perfect for the day I was going to have on Sunday) at our old friend Trish’s family home. The beautiful log home, hand built by our friend’s father, sits on several acres of orchard, overlooking the lake (does everyone overlook the lake in the Okanagan?). In my earlier VOC days, we often stayed here, making good use of the hottub, sleeping in the backyard, on the porch swings, anywhere we could find, after parties which usually included climbing the walls, and, once, wrapping somebody in a climbing rope and hanging him from the rafters (in the safest way possible, of course). Nobody climbed any walls this time -I guess we are all growing up.

I got up bright and early to drive to Kelowna with Krystil, the other girl in our Vancouver posse. I was going to run the Okanagan 10k, and meet up with a friend from Prince George who was running the half marathon, and Krystil was going to visit with her mom. The run was amazing. It was the first 10k I’ve done in years, since before the half marathon over two years ago that left me a broken shell of a runner, so I was aiming mostly to finish. I’d recently read an article in Canadian Running, though, profiling an elite runner who is well known for his ability to endure pain. I wondered, how much pain can I endure? I’d never really pushed myself  to my limit on a 10k before. So I decided to run at a speed where I was decidedly uncomfortable, and just stay there for as long as I could. The result was a PB that was nearly 5 minutes faster than my previous PB. I ran it in 53:40, putting me 16th out of 187 women in my age category. It felt amazing, and I now harbour fantasies of speed training and getting under 50 minutes.

After the race, and a tasty lunch at a cafe called Pulp Fiction, Krystil and I returned to the Bluffs to look for our boys, who were just eating their lunch at Grassy Glades. I led a beautifully crimpy 5.8 before neglecting to reciprocate the belay and heading off with Colin and Bjorn to find the cave. Colin had always wanted to do the cave. I hadn’t, but it seemed like fun. We hiked to the aptly named Cave Wall, and encountered a group coming out the entrance. They had done it backward from the guidebook’s suggestion, and one of their party was having a hard time overcoming her fear on a narrow ledge several meters above the floor.

I can’t say I blame her. The cave was a lot of fun, but there were a couple of moments where I had to stop and think, “I’m not roped up, I’m doing a contorted stemming thing above a significant drop/pulling myself up a face on a fixed rope of unknown origin, and if I fall and hurt myself, I will never be able to wriggle back out.” I like to psych myself out like that.

That night, we enjoyed the extreme hospitality of Trish’s family, who set up a kiddy table for us at their Thanksgiving dinner. Somehow, Bjorn ended up at the adult table with a bunch of people he didn’t know. Needless to say, Bjorn made many new friends that evening. I managed to pack away two full meals, complete with two full desserts, while enjoying several glasses of wine, and great conversation with incredibly interesting people. Several highly emotional rounds of Bananagrams later, and it was bedtime for me.

In the time it took the other car to decided what to do, our car had visited Blasted Church winery and returned to town. In the Cherry Lane parking lot, we did a quick transaction and gained Boris! I spent far too much money at Elephant Island (I tried, but couldn’t leave without the cherry port -mmmm), and left the boys to their own devices at La Frenz. It turns out, I prefer red to white. I’m not sure when that happened.

After a quick apple-loading stop in Keremeos, we were on our way home, ready to face what fall in Vancouver had to throw at us (fog, mostly, as it turns out).

As much as I loved every minute of this trip, being able to reconnect with lovely people and reach or exceed some of my personal goals, I think I’ll limit my planned activities on future trips to one or two. Besides being crazy busy, I went on a climbing trip and only climbed about 5 routes all weekend. I wouldn’t trade it, but I won’t be doing it again anytime soon. No races for me in Tofino next month! 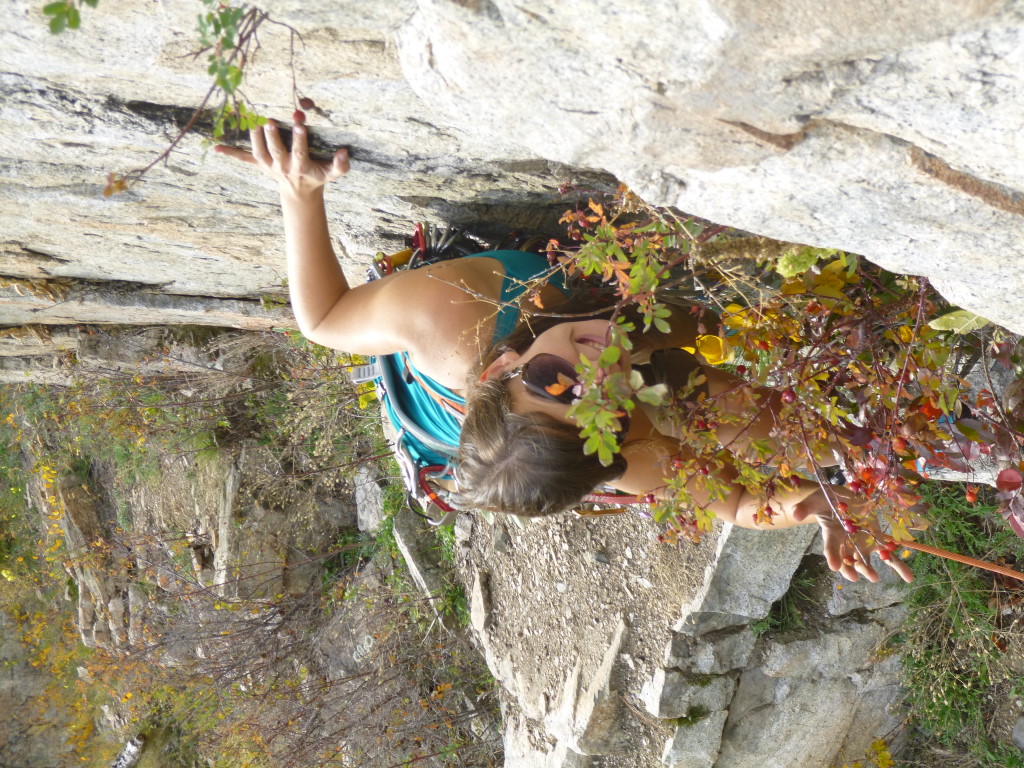 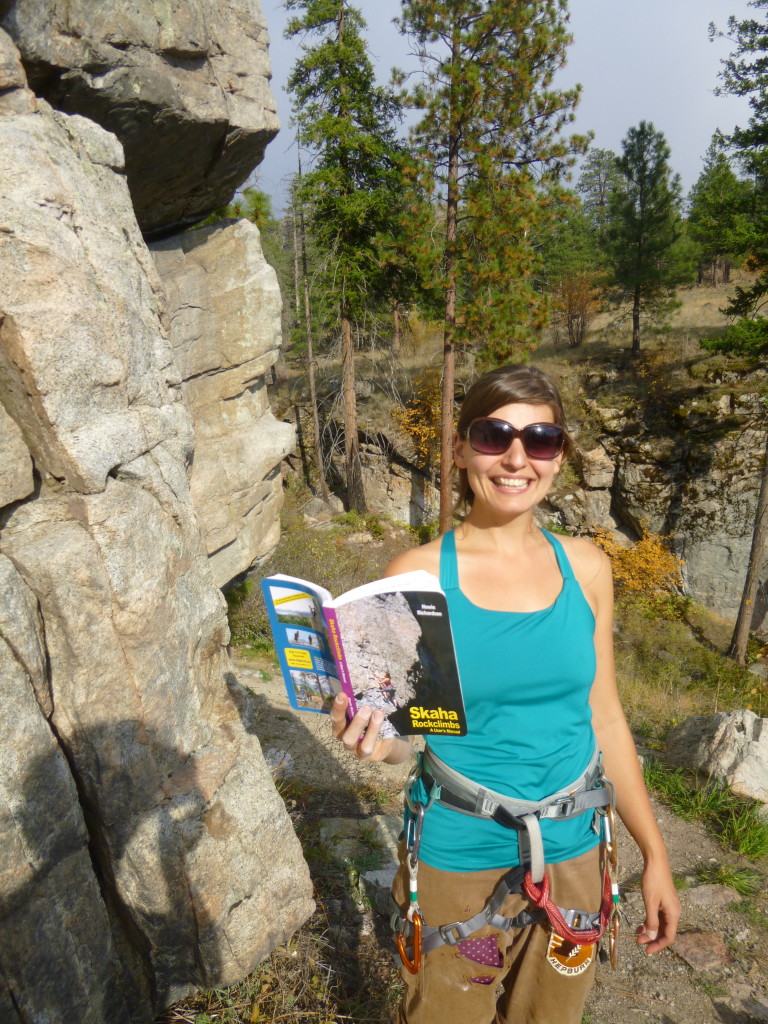 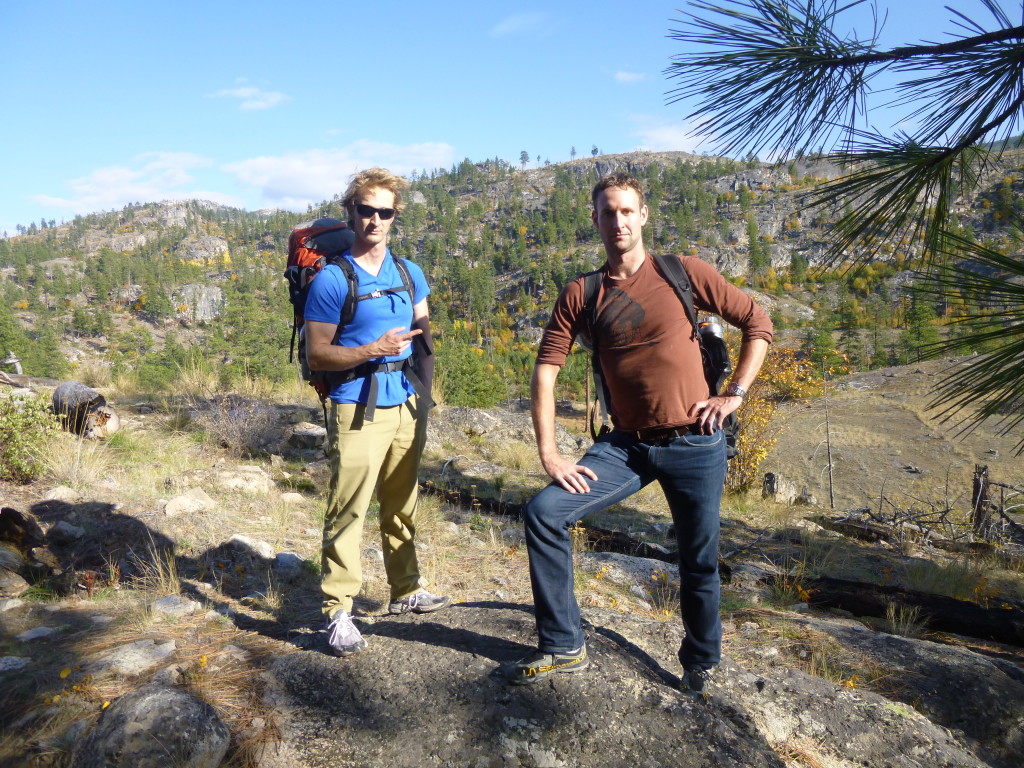 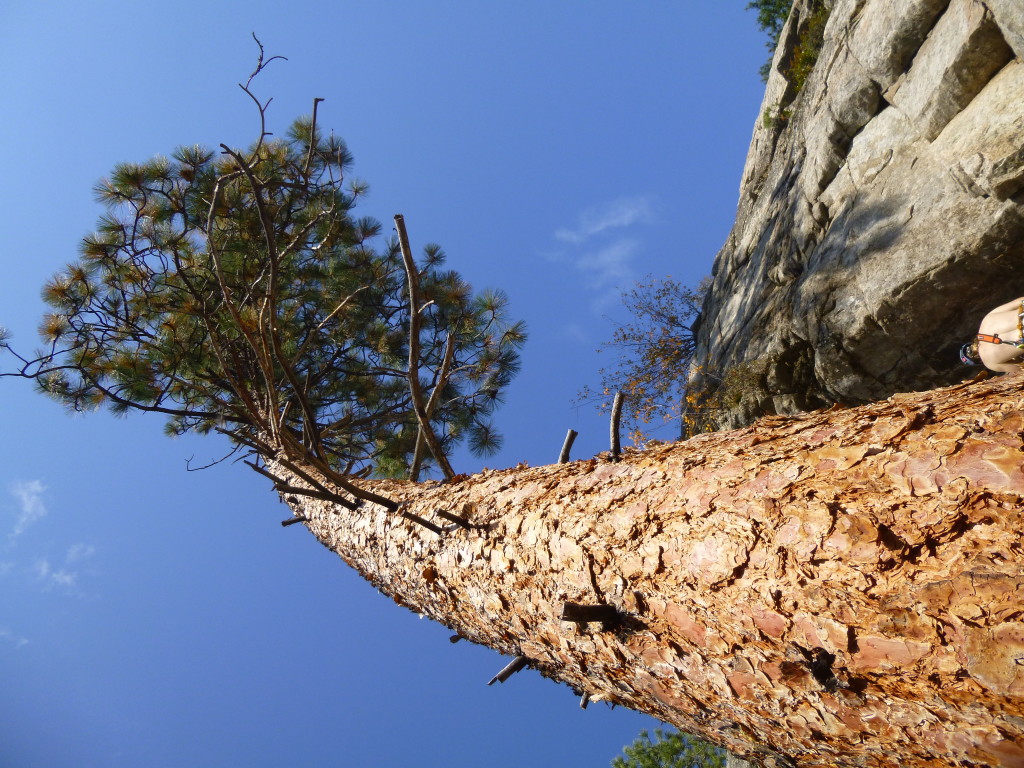