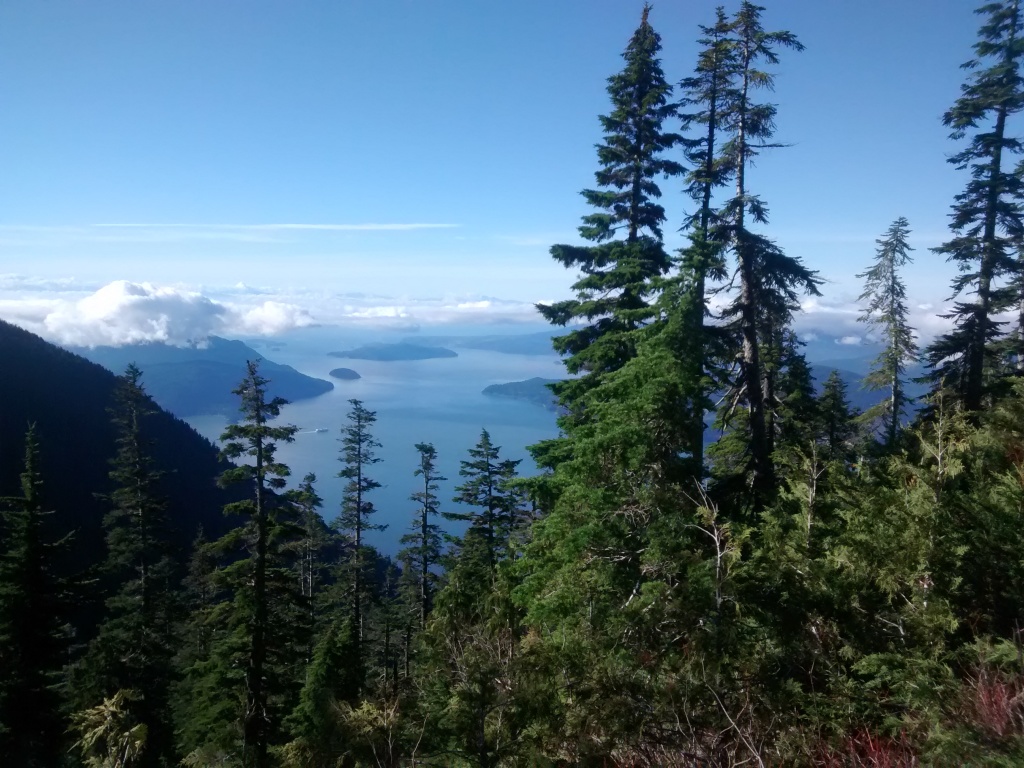 Last week, I was relaxing in the late season sun at Granville Island with my friend, Tara, looking across the bay up at the Lions. “You know, I’ve never actually gone up the Lions,” I mused. Tara was suitably surprised. “I wanted to hike them this summer, but I guess it’s too late now.” I say this every fall. “I don’t think so,” responded my always-up-for-adventure friend, “Let’s do it next Saturday!” It was my turn to be surprised. I hadn’t meant for the conversation to go that way.

I’m one of those people who need time to wrap their heads around new ideas. And I’d been wrapping my head around the Lions for years. In my mind, it was horribly steep and long, with a sketchy and exposed scramble to get to the summit. The idea of a mega-hike like the one I thought the Lions are requires more than an afternoon to get used to. But I had already said I really wanted to do it, and truthfully, I did. So I agreed, provided the weather was decent. I thought it would be raining.

One of these things is not like the other. (Forecast from Weather Canada.)

Luckily, it wasn’t. My brain would have to deal with it -I was committed. So, with Tara leading the way in enthusiasm, we left the city at a leisurely 9:15 in the morning and were on the trail in less than an hour. It’s so easy to forget the smell of fresh evergreens in cold air, but it’s possibly the best thing ever when you’ve been head down in rain city all week.

The steady uphill of the logging road passed quickly under a shiny sun and with good company. Soon, we were making the sharp right (marked with a sign that was definitely scrawled in sharpie) onto the trail proper, down to a bridge that crosses a small waterfall. 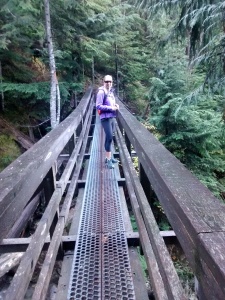 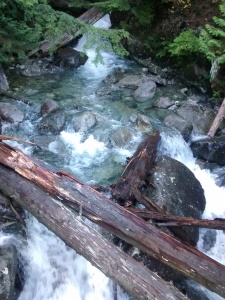 That was the last bit of downhill forever. It was a steep climb through the trees, across an old rock fall, and up onto the ridge, which offers a great view of the scramble up to the peaks.  We stopped there, due to the ground being covered in frost, and a dusting of snow farther up.

Despite the steepness, this was not nearly as daunting as I thought it would be. The dripping wet forest was covered in beautiful moss, but we never encountered the slippery root fest I was expecting. Also, we didn’t attempt the scramble, so all my bracing for the scary exposure was wasted.

Mostly because I had Tara kicking my ass all the way up (read -moving at the speed of a mountain cheetah, and then very patiently waiting for me to catch up), we moved pretty quickly. It was about 4-5 hours round trip, including our rest at the top and my numerous Instagram breaks (so many filters, so little time).

Beautiful weather, in a beautiful place, with beautiful company made for pretty much the perfect day, and a great first adventure of the month. 29 more to go! 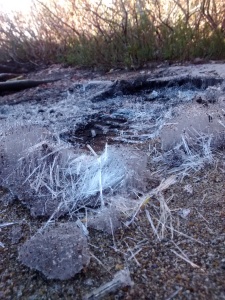 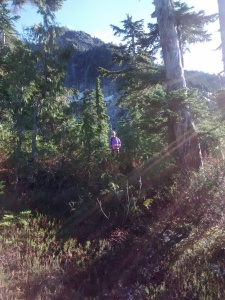