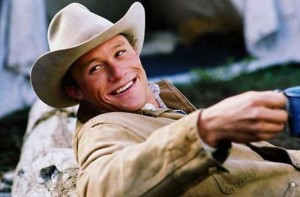 It’s been three weeks since I broke my back, and I still haven’t quite gotten over how ridiculous it actually is that it happened at all. Truthfully, ever since the doctor told me I wouldn’t be running a marathon any time soon, and I responded with, “We’ll see about that,” (I may have slurred the words a bit, but the sentiment was clear. I think.), it’s possible I’ve been living in a state of denial. I know my back is broken, but aside from running, climbing and parallel parking, I can still pretty much do everything I normally do. (Shut up, I can totally parallel park when my back isn’t broken.)

Somewhere around the middle of the day after the accident, I discovered that I could remain upright without vomiting. At that point, I decided that at least two of my upcoming three trips were still completely doable. Which is how, exactly a week later, I found myself in my parents’ car, being taxi’d to the airport shuttle I had reserved well before the idea of public transit became overwhelming, on my way to a climbing trip in Red Rocks.

And despite the fact that I was on a climbing trip where I couldn’t climb, I had a lot of fun -with a little help from my friends (and parents, and complete strangers). Here are a few of the things that made it so awesome:

And not mine. Hardly a moment went by that someone wasn’t helping me into or out of a seat, waiting for me to do something (movement just happens more slowly when you’re broken), carrying ALL my stuff, tying my shoes, escorting me (very slowly) to or from the crag, letting me sleep in the only real bed (thanks, Ben),or moving the one chair I found comfortable around the condo to wherever I wanted to sit. Also, my parents drove an hour into the city to pick me up and take me the 10 blocks or so to the shuttle bus because I realized (read: accepted) last-minute that I could neither carry my suitcase nor prevent myself from falling over on a city bus.

2. Cars, driven by other people.

While getting into and out of them was as painful and awkward as this appears to be (NSFW -really sorry, I couldn’t help it), not having to drive meant not having to shoulder check, which was more luxurious than real hot chocolate.

Floating has become my new best-thing-ever. Who would have guessed that simply not hurting could feel so good? The god of aches and pains smiled on me and there was a pool and hot tub at the condo complex; I was like an addict. The frustration of not being able to climb was far outweighed by knowing that the two (or three or four) trips I took to the pool each day felt waaay better than my able-bodied friends could imagine without the pain/immediately-no-pain experience at their fingertips.

Hot or cold, always the right amount of burn (thanks Vanessa).

5. Not bringing your climbing gear.

In a moment of weakness, hanging out at the bottom of Panty Wall while my friends ticked off every moderate route in the vicinity, I nearly swiped a harness and climbed something rogue. Except I couldn’t move quickly enough to commit theft, and no one in their right mind would have let me borrow their gear. Crisis averted.

Whether it was Travis at the climbing shop or David at the Red Rock visitor’s centre, friendly, knowledgable locals really helped with ideas for things to do that I could (drum roll) actually do.

I have one that straps around my waist like a poor (injured) man’s obi, so I can just put it on and walk around. Perfect.  I wore it every morning at breakfast and evening at dinner. Sometimes I would forget I was wearing it and all the skin on my back would go numb. Probably not best practice (and definitely not my finest fashion moment), but it sure took the edge off.

8. A plan to come back when you can climb.

At some point, in a fit of FOMO, I announced, “We’re totally coming back here in the fall, when I can climb.” And felt immediately better. I was no longer watching my friends climb stuff I couldn’t; I was gathering beta for my next trip.

It’s all in how you spin it. 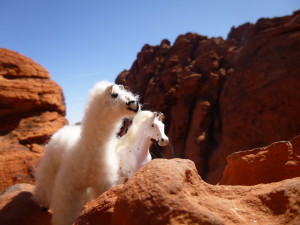