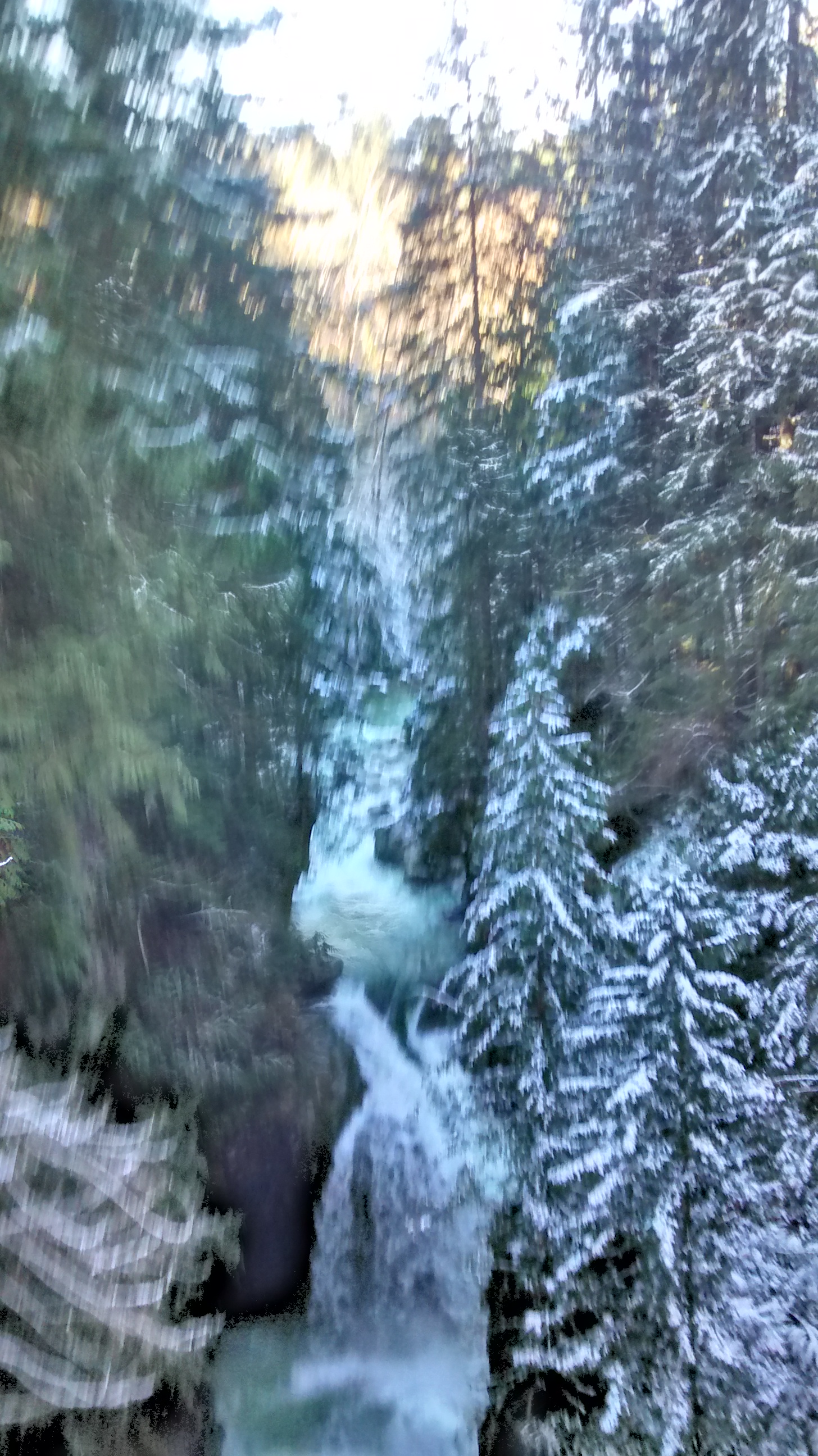 Every attempt to explain this will be clumsy. There are stories that will never be graceful, but these are sometimes the ones that most need to be told.

Friday, I had a bad trip.

That’s not where the story really starts, but starting points are hard to nail down in stories about depression, which is what this is ultimately about. It’s like searching for the source of the Nile.

I could start the story with the way my body has learned to react to stress -that is, with anxiety-like symptoms that make it hard for me to eat and sleep. But to explain that, I would have to explain both why I was stressed last week and why my body reacts that way. I feel lucky that I actually have answers to both of those questions. Many people don’t.

I could back it up further, and start with depression, but I wouldn’t know where to begin. There is no starting place there.

Depression is both at the core of who I am and the biggest threat to my ability to be who I am. This is a conflict that will never resolve itself. It’s like the chemical reactions that keep the centre of the earth in molten heat. If you can learn to work with it, you can have mountains and water and life. But it can be pretty deadly.

Starting a story with depression means chasing so many metaphors down so many rabbit holes that you never find the ending. And no matter -there is no ending. So I’ll start with Friday.

I’d like to preface this story with a clarification. (Can I include a preface a half-dozen paragraphs in? Never too late, I say.) I’m not a pot head. Because I live in Vancouver, the smell is familiar enough to be comforting, but I hate smoke, so that limits my options. I’m happy for others to do what they want with the stuff and I mostly don’t bother with it. But when I broke my back, I discovered its pain killing properties (among others), and every so often (read: twice) I’ll find myself at a friend’s house eating a special cookie.

The first time I tried this, I got very giggly over the word cheesecloth and then fell asleep. It seemed harmless enough.

But this Friday, something like a volcanic eruption happened. Everything I thought I’d put to rest came screaming back to the surface like a plague of hellfire and rained down on me for awhile. It was horrible and terrifying, and I still feel like I want to hide under the covers for the next few weeks. (I won’t though -the gift of experience is that I know what’s good for me now, and staying as busy as possible is where it’s at.)

It started with a disinterest in helping my friend to decorate her Christmas tree and descended quickly into the kind of reason-less despair that I haven’t experienced since my early 20s. I knew, with certainty, that nothing at all would bring me pleasure, that all the meaning I had created in my life over the years was, in fact, a thin film covering up the bitter pointlessness of existence, which I could no longer ignore. In light of this persistent and ever-present awareness, I knew that I would no longer experience love or joy, that I would lose everything and everyone that mattered to me, that I would probably not be able to keep my job any longer, or pursue writing, or anything else for that matter. That all my energy would be consumed in just breathing, and even that would be brutally difficult. And that there was nothing at all that I could do about it -if the black dog wanted me, he could take me, easily, despite all the hard work and hard choices and years I put between him and me.

I knew this, because it has happened to me before, and in the back of my mind, I have always been afraid that it would happen again. Cancer comes back. So does depression.

This past year, I have been stretching my limbs. I have been relearning when to listen to my fear and when to ignore it, and I have mostly been ignoring the fear that depression will come back. It’s like death, in a way. We will all die, but we have options in the way we deal with this fact. We can live with the fear of death hovering over our lives, we can live in spite of the fact that we will die, with that giant elephant filling the room that we never speak of, or we can embrace every fleeting moment of warmth and sunlight because we will die one day, and doesn’t that make living all the more beautiful?

For a long time, I let the fear of depression hang like a cloud over me. I let it colour my decisions and cast shadows where sun might have shone. This year, I finally let go of that fear, and it’s been like the first run of summer -I’d forgotten the lightness of leaving the jacket and mittens and vest and toque at home. But I was starting to forget where I came from.

I can’t ignore the reality that depression is who I am. I would like to pretend it never happened, but it did, and I am thankful for it because it means that I can be really happy about small things like frost on the beach glinting in the sun, and I can accept that things end and I can feel things deeply without being destroyed by them, and I’ve got the most unfailing ability to find hope where there isn’t any of just about anyone I know. But I would never have chosen depression, and when faced with it again this Friday, I realized that I would do anything to avoid it coming back.

I have a quote on my computer desktop that I mostly ignore, but wish that I would listen to more often. It says, “Have the courage to do what you need to do before you are forced to do it.” Nobody does this. It is an impossible ideal. We mostly spend our time digging our heels into our comfort zones as life drags us kicking and screaming into the fray. I was talking with a friend this weekend about how hardship forces us to go deeper into ourselves. Actually, we were talking about boys, but this came up as a side note.

When life gets hard, I do what everyone should -I go see my acupuncturist. I know that when I visit her, she will have a new perspective for me, along with being the calm in whatever storm has blown me into her office. So I went in yesterday. She said (and I’m very loosely paraphrasing) that winter is connected to the kidneys, which are associated with fear, and that the jolt I got last week happened to force me to change something. I know this is true, because I can feel it in my bones. The question is, what do I need to change?

I left the appointment feeling at peace, with an appetite (for the first time in weeks) and a list of books about dating and buddhism to read. The really useful kind of spiritual medicine is often very practical. I only just finished the last of the tea that she gave me last time I went to see her.

I’m not sure where I’m going with this. Sometimes I like to wrap up with a pithy little lesson, but the truth is, I haven’t figured out the lesson yet. I started with, “don’t take thoughtless risks” but that doesn’t even scratch the surface. I’m a little nervous, because I can feel that I’ve started on some sort of journey, and journeys always mean letting go. I don’t like to let go. I like to hold on until I squeeze the life out of the thing.

But, here’s to not being too old to change, and to letting go of what we can’t carry anyway, and to the love that is always there waiting for us.