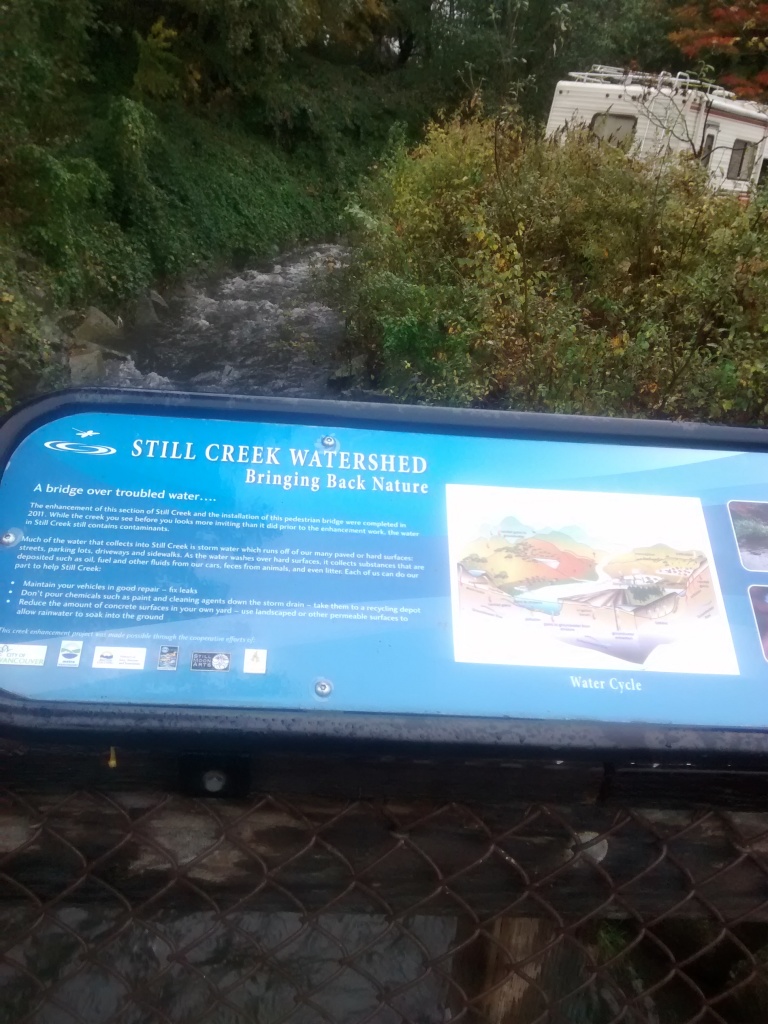 This morning as I was making my To Do list (of which half got done…so it was a good day), and trying to decide what my adventure should be, a friend sent me a link about Still Creek -a reclaimed Salmon habitat in Vancouver and Burnaby. For 80 years, there were no Salmon in Still Creek because we BUILT A CITY ON TOP OF IT, but thanks to recent reclamation efforts, the salmon came back in 2012. And we’re still so flipping excited about it.

So I decided to make my day’s adventure salmon and To Do list themed. I planned on doing my run along Still Creek, starting at Renfrew Community Centre, and heading down Nootka Street towards Grandview Highway. In my daydreams, I got to watch the long lost salmon fighting their way upstream to continue the tremulous cycle of life to which they belong. In reality, I realized that Still Creek is still mostly underground, at least on the Vancouver side of the border. I found a few spots where the water emerged, but it was about a class 4, with all the rainfall, and there were no fish to be found. It seems the salmon prefer the Burnaby side.

Where Still Creek emerges from the underground.

But I had a pretty good time anyway. There was a path for a little while, all covered in fallen leaves and overgrown with green things and blackberry bushes. It was very lush and fertile-feeling. The rain seemed to suit the occasion somehow, and I forgot that I was even in the city. That is, until I ran up a small hill and found myself in a crowded elementary school playground.

I may have run for awhile along the side of the highway, lost the creek underground and felt a bit out of place in my running gear on a school playground, but it was actually a lot of fun trying to find my own path for a change. I’ve gotten so used to following paths that other people have made, or paths that I carved long ago so they’ve become familiar. I think of activities or places as being the adventure: surfing or skiing; Tofino or Red Heather shelter. But adventure can also be looking for new places and trying new things, whether or not they turn out to be what you expected. In fact, that might be where the adventure actually lies -not in doing things you’ve done a hundred times in places you’ve been to a hundred times.

Today, for me, adventure means not knowing how things will turn out. 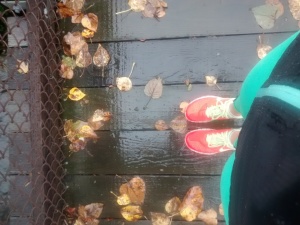