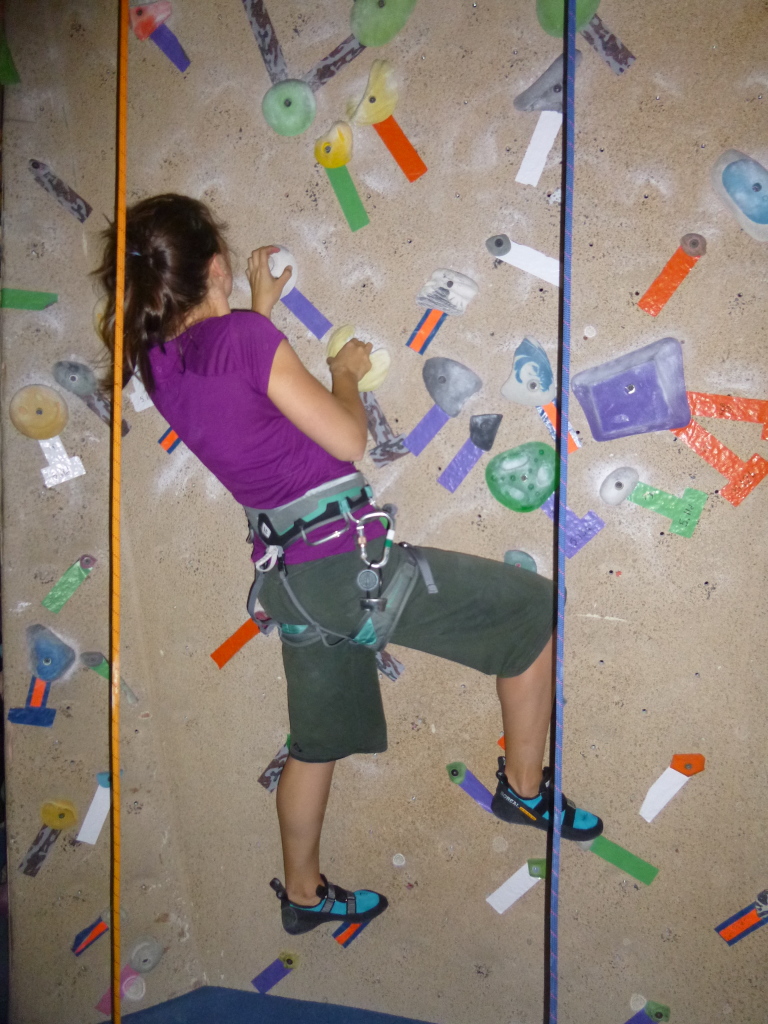 As a rule, I don’t climb with strangers I’ve met off a phone app. When all you know about a person has been gleaned from a highly curated maximum of 6 photos and those few texts ascertaining that this is a real person who swiped you right on purpose, suddenly trusting them with your life seems a bit too committal. For some reason, today, I made an exception.

I had assured myself that my new climbing buddy did indeed know how to belay by asking him. His stated track record of only one fatality was sound enough for me. So we met in the bouldering area, where he (like all men I have ever climbed with, ever) gave me some beta on the mega-challenging V1 I was working (actually, he was pretty encouraging, and I got it in the end, so it was a good start).

After determining that neither of us was off our rocker, we proceeded to the roped area, where I climbed about two good routes before my arms wore out from all the previous bouldering.

We covered the “who are you” conversational bases between climbs and even had a philosophical disagreement about whether or not “society” is trying to keep us in our 40-hours-or-more-a-week places, and I never once felt unsafe about his belay.

I haven’t met a future boyfriend, but it’s nice to have another climbing partner. So it was another adventure that was less exciting than it could have been, but still worthwhile.

If you have to go on a date, it might as well be to the climbing gym!