Those of you who know me know that I am not good at skiing. In fact, it’s only in the last couple of years that I have even started to enjoy it. Before I started to get the hang of things like turning (still a work in progress) and stopping (falling over is still the surest way to achieve this), skiing was mostly terrifying, rarely fun, and always really hard.

So why did I keep doing it? The easy answer is that it got me outside. It took me to places I couldn’t get to otherwise. Also, all my friends were doing it. I wanted to spend New Year’s with my friends in a hut somewhere? Well, I had to ski in. There were no shortcuts or easy fixes.

The more complicated answer is this: I kept skiing because I hoped that maybe one day I would enjoy it. Maybe one day, the fear and blistered feet, and total body workout of digging myself out of the most awkward possible falls (arm pinned under the ski that is still attached to your boot and also magically somehow above your head? Yep, I’ve been there.) would dissipate, and I would step into the sun somewhere where skiing was the joyful experience that I could see other people were having.

I have a lot of hope. Maybe we all do. I think, sometimes, we need it in order to get on with life. When it’s January in Vancouver, and it’s been raining forever, I still hope that we’ll get a clear day next weekend. When friends get sick, I hope they will get better. When one of my students is struggling, I hope that they will find a way forward. I hope these things because one day, they’ll have to come true, won’t they? It can’t rain forever. Except when it does. Some kids won’t escape the life they were born into. Some illnesses don’t get better.

When I was depressed, I would sometimes say I was sick -it was easier to talk about that way -it avoided a lot of questions, awkward silences. “Sorry I couldn’t make it to your party -I was sick.” Results in, “Oh, I hope you’re feeling better soon.” “Sorry I couldn’t make it -I didn’t have the energy to keep breathing AND do anything else today,” makes for a more complicated conversation.

Depression is a complicated conversation. It’s not something you can talk about once, and feel you’ve said everything. Those of us who’ve experienced it keep trying to find ways to explain it. There’s the black dog, the deep hole, the dead fish, the ecstatic-looking taxidermied racoon. Many of us use art to try to make sense of it. For many of us, depression and art are inextricably bound together. And then, our identities become complicated as well.

So we go over and over the same material, trying each time to get a little closer to making sense of it. Talking about depression is an art in and of itself. Like skiing laps. You can ski the same line, over and over, and never do it the same way twice. You can aim for perfection (or in my case, slightly less glaring mediocrity), but skiing is an art too. There is no perfection -just the beauty or agony of the experience, for all the things you could (or couldn’t) have done differently. And it’s kind of addictive, isn’t it? That perfection we’ll never quite reach?

I was going to put an essay up today -one that I’ve been trying to write for years- about depression, and religion, and mountains. But it is still too complicated. It’s possible I’m not far enough away from the material yet to see it clearly. I had an on-again, off-again relationship with depression from about 11 to 25, and in the years that followed, I tried my best to put it all behind me. I wanted to forget, because I was finally able to.

But here’s the thing: depression is hard. It’s harder than skiing. I have scars from blisters that didn’t heal properly. I’ve fallen in awkward positions and spent days or months trying to extricate myself -from failed classes and failed relationships and failed careers. I am still apologizing to people for things I did during times when I didn’t feel I had a choice -and it’s possible that I didn’t.  Some days I felt fine, and other days, I couldn’t face brushing my teeth, let alone accomplishing anything else that day, because all my energy was wrapped up in telling myself it would be ok one day, and trying to believe me -in hanging onto that hope that, despite all evidence to the contrary, I would get the hang of this happiness thing one day.

And I did. It happened.

But that doesn’t mean it’s over now. Because there are other people still trying to come out the other side. Because sometimes, those November doldrums last well into January, and it starts to feel uncomfortably familiar. Because depression is hard enough to understand when you’ve dealt with it, but people who haven’t dealt with it probably care about someone who does, and they need help to understand as well.

Talking about depression is complicated, but it’s important to try. At least, it’s important to me, so I’m trying. And I’ll probably try again and again. I hope you’ll bear with me when I do. (But if not, here’s a weird sailor moon mashup I found when I googled “Happy Sunshine Dance” for you to watch instead. Enjoy.) 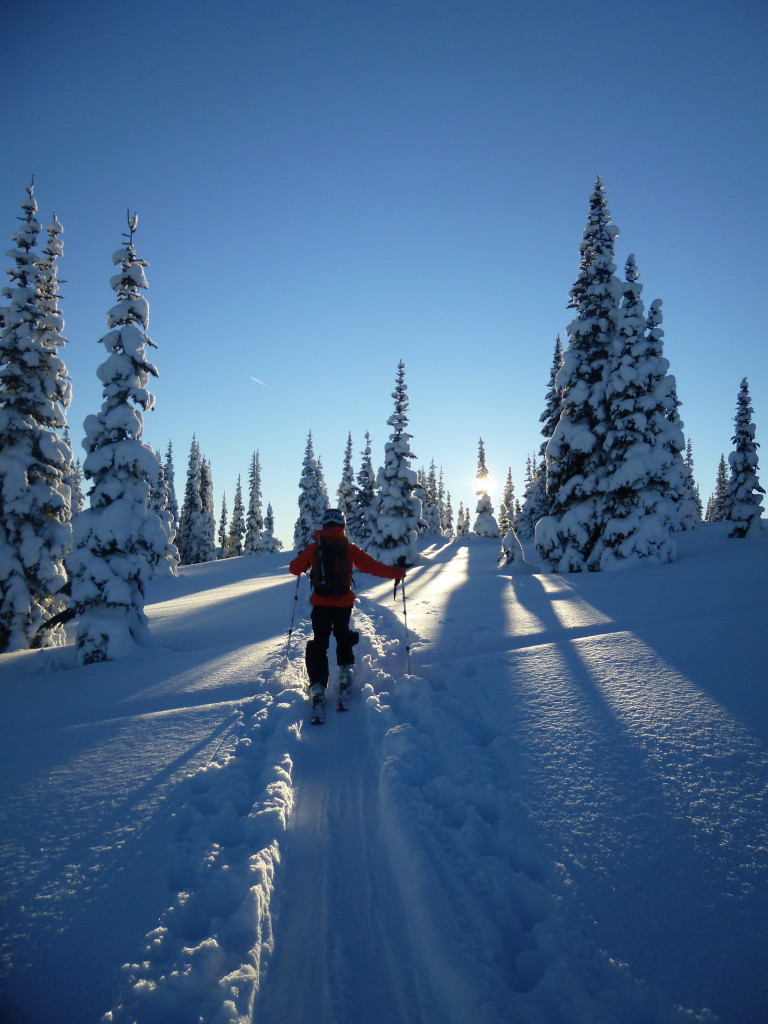