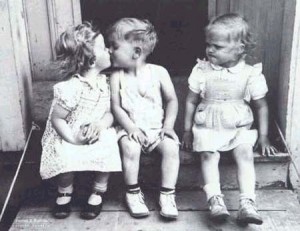 Remember when FOMO was all the rage? Those were the good old days (6 months ago) when we could blame all our dissatisfaction on Facebook and Instagram (and all the people who use them…like they’re “social” media or something). The idea was that seeing all the cool stuff other people were doing made our otherwise perfectly fulfilling activities seem less cool. No one had ever felt this way until a) social media became a thing and/or b) the feeling was labeled with a catchy acronym.

Well, it seems the internet has grown tired of whining about FOMO and has moved onto trying to fix it. (Though not before providing us with this handy self-diagnostic tool.)

Articles in GQ and HuffPo, among others, have popped up offering advice for overcoming this terrible afflication that has been “suddenly” spreading like wildfire among social media users (aka almost everyone). The advice seems to centre on accusing all your social media connections (at least the ones posting cooler photos of their weekend than you are) of “image management”, assuming their real lives are as boring as you think yours is, and going back to enjoying your microwave dinner and Bachelor episode as if you were still blissfully unaware that other people are out there doing cooler stuff. “Turn that frown upside down,” has been rebranded as “Turn that FOMO into JOMO” (That’s JOY of missing out, mofos -you and all your deceitful, exciting Facebook updates can suck it -I’m going to work late tonight, and I’m going to LOVE it. So there.) JOMO, thankfully, doesn’t seem to be catching on.

This advice doesn’t work for me, and I’m not alone. I’m tired of hearing people complain about how Facebook makes them unhappy with their lives, mistaking jealousy for righteous anger (this friend posting updates about their awesome surf trip is TRYING to make me jealous -what a terrible person), and then doing their best to inflict their jealousy on everyone else by posting their own Really Cool Stuff. Someone even wrote an article about how not to be a douche on Facebook, which basically suggested you never post anything, ever, except perhaps helpful links. (I’m sorry, I can’t find the link anymore.)

Can I offer an alternative? It has worked wonders for me, and created a much more positive social media experience all around. There are only 2 steps:

1. Figure out what stuff you really enjoy doing.

When you’re getting out and doing stuff you really enjoy, it’s a lot easier to see your friends’ cool photos and (I know this is crazy talk, but…) actually be happy for them. Because, you know what, you’ve done some cool stuff lately as well. It doesn’t even have to be crazy, exciting, world-traveling stuff to work. I spent all afternoon today in a coffee shop, looking for a link to that bloody Facebook Douche article, and not, (as at least one of my friends just spent a month doing) climbing in Thailand. But what I really want to do, what excites me even more than hot sun and exotic rock, is to write. And I get to do that. In fact, I get the next two weeks of spring break to dedicate to it (while other friends surf in Costa Rica -a trip I can’t quite afford). I’m not saying I get it right all the time. In fact, just the other day, I sank into a pit of despair for several hours, and had to turn off all my screens for awhile until I felt better. But the point is, it’s not about catering to our wildly inflated sense of entitlement. It’s about owning the choices we make about where to spend our time and money. It’s accepting the limits on those two things, and then making the most of it, within those limitations.

So can we please let this FOMO thing go, and start enjoying our own lives, while ALSO being happy for the people in our lives who are doing the same? Actually, judging from some of the newsfeed items on my Facebook page, some of us already are.