When I was younger, I used to prioritize my life plans based on what I could only do while I was still young. Write a book? That could wait until I was old. There are plenty of old authors. I focused my creative efforts on songwriting, because only young people become rock stars. Not that I actually wanted to be a rock star. I just wanted to keep the option open.

Somewhere in my late twenties, I realized that I hadn’t yet accomplished all the things I thought I had to do by 25, so I changed my worldview. I decided that it doesn’t matter how old a person is, the fact of when they were born shouldn’t stop them from living their Best Life(TM).  I began to idolize 90-year-old marathon runners and 80-year-old mountaineers. I adjusted my career path. I dated younger guys.

And last summer, in a wild embrace of age-doesn’t-matter, I suddenly remembered that I’d always wanted to be a wilderness firefighter (at least, ever since I became aware that this was a thing a person could do), and decided to go for it. I was single; I had a flexible career that I could ditch for 4 months and come back to later; I could afford to take the required first aid courses; and I really, REALLY wanted to pay off my student loan and buy a van and spend a few months driving around the continent. In my mind, it was now or never. When would all of these circumstances align again? I began to think of firefighting as my last hurrah. And also, as my ticket to freedom from the aspects of my life that I wasn’t happy with; I wanted more adventure, more wilderness, more community. And I wanted my mind to be pulled in fewer directions. 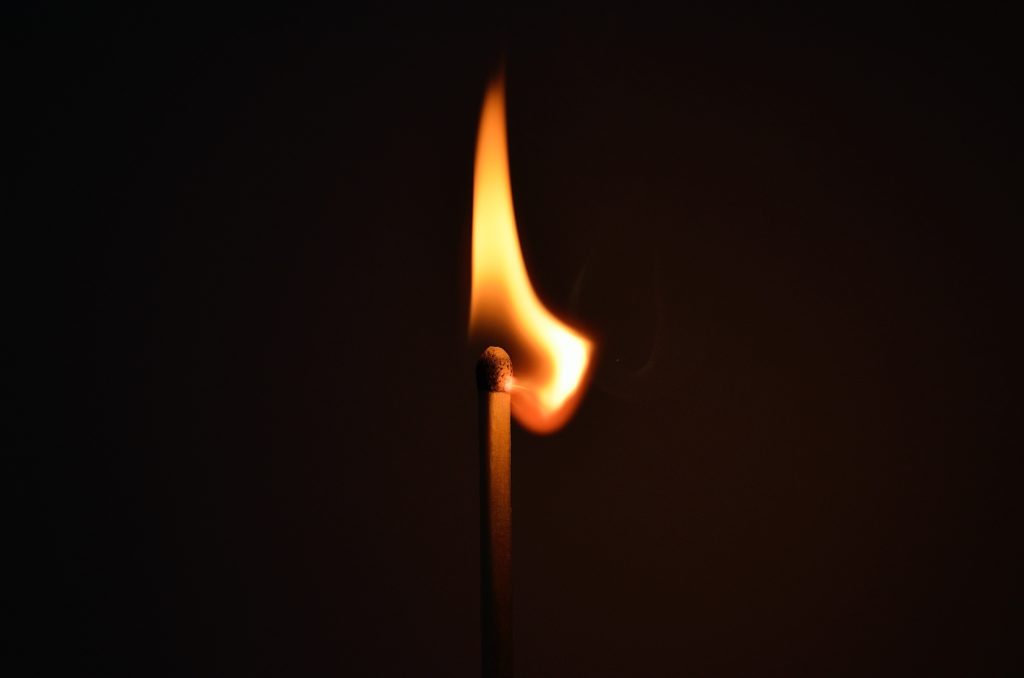 I have a teaching job, and a freelancing career with about a thousand moving parts. I have weird, tiny cheques coming in from all over the place, and big, unpleasant bills coming from just a few places. I have a social life that is becoming more difficult to maintain as my work has started taking up more of my time, and friends have started families. I have an unverified-by-medical-testing fatigue issue that knocks me out once in awhile. Over the past couple of years, I have struggled to find a balance, and to maintain my mental and physical health. I have had to acknowledge that I have an anxiety problem (that migraine-yellow side of depression’s two-faced mask that is so ubiquitous these days), and that I haven’t learned yet how to manage it effectively.

So the thought of living in the woods with a small group of people, and not having to think about anything except being fit and putting out fires felt like a holiday to me, extreme conditions and physical exertion notwithstanding.

Wildfire fighting is not one of those summer plans that just falls into place. At least, not when you’re a woman of average fitness with two careers and nearing her mid-30s. I worked for it.

In the fall, I spent weekends at first aid courses. I got back into running. I joined a gym. In November, I hunted down references and polished up my resume and submitted my application.

In January, I got the email inviting me to an interview and beep test, and began obsessively sprinting, questioning every firefighter in my network (and other people’s networks), and studying the BC Wildfire Service website. I signed up for another first aid course. I started a climbing course at my local climbing gym.

In March, I got the invite to attend bootcamp. I began contacting my employer and my clients to inform them of the possibility that I might not be around from May to September. I talked to my roommate about finding a subletter. A generous coach friend created a workout schedule for me, and I returned to the gym, and started running with a heavy pack, doing hill repeats and stairs and hip opening stretches. I bought the cheapest functional car I could find and front loaded my client work so that I would be finished by the time bootcamp started. I got my affairs in order.

If I successfully finished bootcamp, I could potentially start work anywhere in the province within a few days, so I couldn’t plan to do anything later. I avoided RSVPing to summer weddings. I wrapped up my life. The guy I was dating and I had “The Talk” and said goodbye. I untangled myself from everything. I could have slipped out of my life then, taking care not to bump into anything, and the structure would have held.

At the end of March, I packed up my car, picked up my carpoolers, and we drove to Merritt for the fitness test. A pass meant going straight to bootcamp, and a fail meant going home the same day.

I wasn’t confident about the test to begin with. When it comes to physical fitness and athleticism, I never am. I would have liked to prove myself wrong, but I didn’t.

Of course, there were factors: a knee injury in December (the result of STANDING IN LINE AT THE FEDEX) stalled my running and gym visits, and even put a damper on my climbing sessions. I changed my birth control in January and gained 20 pounds in a month. I continued to battle the fatigue problem that started over a year and a half ago. And then, 5 days before the fitness test, I got sick. I thought it would go away. I slammed back the Cold FX and Vitamin C, drank all the water and herbal tea, slept 10 hours or more a night, and put a pause on the hill repeats. But it didn’t go away, and by the morning of the fitness test I still felt dizzy walking to my car.

When they put the weighted pack on me, I thought, this isn’t nearly as heavy as I thought it would be, and I started to feel a bit more optimistic. But halfway through the fitness test, I was floating — in a bad way. Extremely lightheaded and shaking all over, I felt like I was hovering above my body, and I was concerned my legs were going to give out under me on my way down the ramp. When I finally gave it up, seven and a half minutes in, I had to kneel on the ground for awhile — I was worried about fainting. The shaking took hours to stop.

The next day, after I had driven home and slept for 12 hours, I woke up with a fever and no voice. I was sick for another week. It was an unpleasant sort of reassurance — I wasn’t THAT out of shape.

What does it mean to watch something you’ve wanted for a long time slip away? I had a long, quiet drive home to think about this. Sure, I spent 8 months or so working towards a goal that took 7.5 minutes to unravel, and that was hard. And I really wanted to pay off that loan this summer. But those are relatively easy disappointments. They can be overcome with a little perspective.

What’s not so easy is the subtlety. There will be no grand exit. No escape from this life I have been building, and have become too comfortable in, suspended in amber, in a reclining position. There will be no big paycheque.  No quick way out of debt or into the things I want. There will be no great leap forward into the rest of my life. Only small steps. Small payments. Small, shimmery movements.

I’ve never been good at subtlety.

Maybe age makes us better at patience. At disappointment, and having a plan B or C or Q. I know age has made me better at happiness. And it’s supplied more baskets for my eggs: I wasn’t relying on firefighting for my living — I have two good jobs to come home to. My plan B is looking pretty good.

I turned 34 this month. I don’t know if I’ll try to be a firefighter again next year, or if I’ll let that one go, like being a rock star. I don’t like the idea of opportunities that lie behind, rather than ahead, and I know I have more of that coming my way. But I also know I have to do what’s right for me now, not what was right for my a year (or ten) ago. Then again, who’s to say I can’t become a wildfire fighter at 35? Sure, it’s not a well-trodden path, and possibly for good reason, but the older I get, the more wary I am of so-called good reasons.

We’ll see. Everything can change in a year, or nothing. For now, I’ll be in the sun, thawing out my cold winter bones and basking in another summer that has finally arrived. There’s always another summer.