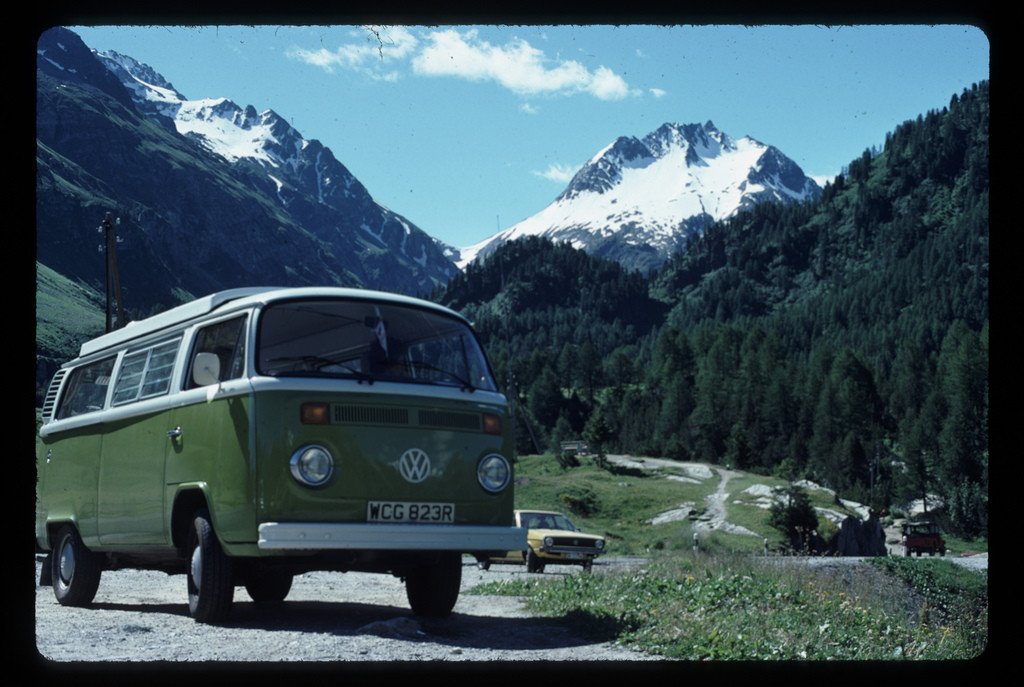 As a teenager, attending an outdoor-focused college where we lived in summer camp staff housing and took classes like, “Rock Rescue Basics,” and “Intro to Whitewater Kayaking,” I had two dream vehicles: A 2001 Jeep TJ (bright yellow, of course) and a 1960’s-era VW camper van. In my perfect future, the jeep would take me up the logging roads to the best backcountry access, and the VW would take me everywhere else.

While my jeep dream would die in the backseat of a jacked up YJ, on a winding highway, in a fit of nausea, the lure of life in a cute little VW, parked somewhere with a scenic mountain backdrop, has yet to leave me alone.

The #vanlife trend is not a new one. The kids these days did not invent it. It did not get its start on Instagram. Back in the early 2000’s, when I first caught the bug, it was already a long-standing tradition. In fact, the term “Vandwelling” was first used in the late 1800s, and did not even involve motorized vehicles.

The modern iteration of this trend started in the 1960s, with the hippies; free love, dreams of world peace and getting off the grid somehow became intertwined with image of the VW camper van. And until this past week, the legacy has endured.

Sure, there are other options out there -better ones and cheaper ones. The height of vanlife luxury is the Mercedes Sprinter, with its roomy interior and flashy looks. If you’re pinching pennies and don’t mind a musty, clunky kind of feel, an old Chevrolet G20 is your beast. For the do-it-yourself-ers, Ford Econolines and other cargo vans are a popular retrofit project. I’ve even been inside a pretty swanky camperized ambulance. For a bed and storage, and little else, any old mini van will do.

For soul, though -for history and aesthetics and the symbol that represents the ideal, the VW Type 2 is unmatched. It’s not the cheapest or the nicest, the most efficient or reliable. But for the pure love, I haven’t found anything better. The VW camper represents a dream I’ve had since I was an 18-year-old who wanted nothing more than to hang out with the cool kids at the climbing crag.

In case you haven’t heard the news, Volkswagen is in the midst of the biggest scandal in its history. In short, the company has been rigging emissions test results. VW, the company that made the dream van of nature lovers around the world has been actively skirting emissions requirements in both Europe and North America. Cheating the system is one thing. But when the system is actually environmental protection laws, and cheating it means you’re being a big, cheating polluter, I take issue.

It’s not the vans they’ve been rigging, and VW aren’t the only car company to do this sort of thing. But still. I can’t help but feel that what was once good and pure is now tarnished beyond saving.

Part of the dream of the van life is this: to tread lightly. To experience a way of being that has more to do with connection than consumerism. To not be tied to a mortgage, rent payments, mountains of unnecessary things. To reinvent our relationship to our environment. To take less and give more.

That this ideal is somehow iconized by a consumer brand is definitely ironic. I also understand that the dream-van is basically a diesel-guzzling relic, and to laud it as the icon of a lifestyle that has environmentalism as a tenet is problematic.

The vanlife dream may get it wrong sometimes, but it’s at least trying to get it right. There’s an innocence to it, a kind of hope that’s missing from the the rat race. And VW just pooped on that.

I like to believe that within an imperfect system, there are still companies out there that are doing their best to be good. VW, it turns out, has been actively doing wrong. On purpose. To sell cars.

With or without the VW camper van, the dream will live on. I still fantasize about a home-on-wheels, a simpler, more mobile life. But the images my fantasy life conjures will be a little less branded now. That’s probably not such a bad thing.

Note: Everyone interprets the van life differently.  I recognize that not everyone living in their vehicles is doing so by choice, and that my idealization of this lifestyle is possible because of the many privileges I enjoy. I want to make this very clear.