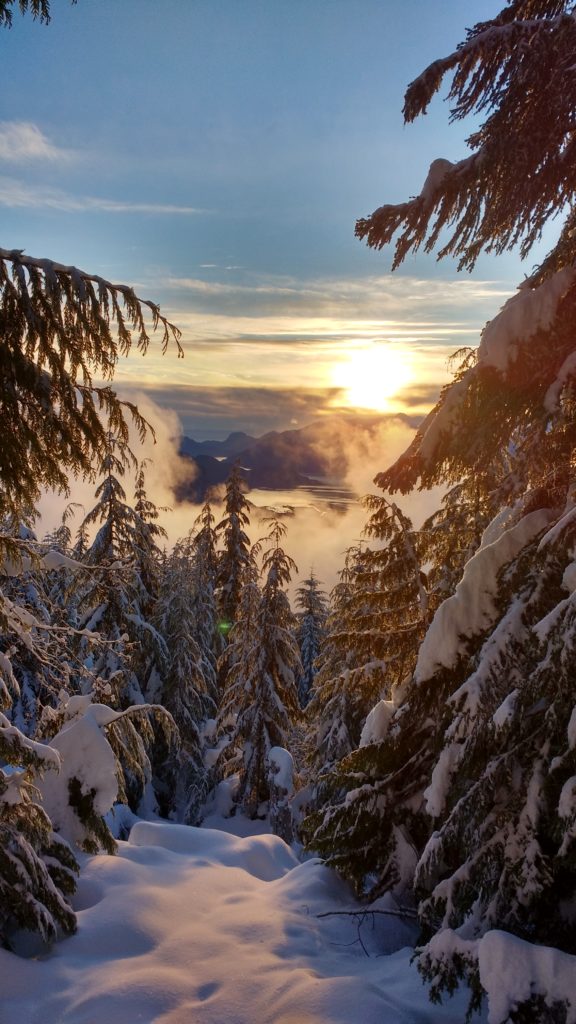 It’s been 6 months since my last post. Forgive me.

I have spent the past 8 months trying on a new look: the overworked city girl. I developed a coffee habit, bought ankle boots and got really into makeup. I worked two jobs and freelanced, and went for lunch dates with friends who, it turns out, also work downtown (this is a thing that people do). I joined a gym. I bought one of those collapsible cardboard stand-up desks.

And you know what? I like wearing ankle boots sometimes. I really like meeting friends for lunch. I’m embracing lipstick, and that’s ok. And I don’t have to be afraid anymore that I can’t cut it in a real, true 9-5. I came, I saw, I ate all the communal snacks.

But man, did I miss my old self.

I feel like I’m crawling out from underneath layers of office wear to discover that most of a year has gone by in the real world. It’s disorienting, like leaving a dark movie theatre to discover it’s still bright out. Only it’s not bright out. It’s December, which means it’s dark and miserable, and I’m liable to be attacked by a tarpful of rainwater on my way to get groceries.

The long dark has begun.

Actually, it’s been here for awhile. Like some sort of hidden crevasse, or building wave.

But this year, I’m lucky. This year, I have handfuls of glitter to throw at the shadow: I got to sleep for a week in the sunshine in Guatemala; I was given the sudden, unexpected gift of time; I have friends who have persevered in their pursuit of our friendship, despite my near-total absence for the past 8 months; I have a drawerful of kale in my fridge, and a vitamin D dropper on my dresser. I have skis. I get to write in my own voice again, and sit in the library on a Tuesday morning. I just bought sparkly lights and a decorative plate with a golden reindeer on it.

Still, I am dreading every other moment this week, for the simple reason that it doesn’t involve being wrapped in my duvet, eating chocolate and watching british television.

Winter in the pacific northwest isn’t easy. I have friends in Squamish who have been slowly losing their sanity for the past couple of months. Most of Tofino empties out from November to about February. And as much as nearly everyone I know LOVES SKIING SO MUCH THEY COULD DIE, sometimes there’s a little too much enthusiasm. The hunt for something skiable is a little too desperate in November (think multi-day slog through the rain to find a boulder field with a dusting of snow on it, or a glacier that hasn’t receded to within an inch of its life). It’s almost as though people are trying to justify all this rainy misery they have to deal with for the rest of the week.

Mental health and wild places are two things that aren’t often discussed together, but (and thank god), that’s starting to change. A friend posted an article about mental health in mountain towns to his Facebook wall the other day, which struck me as a brave thing.

To admit that despite being stoked that all this rain is adding up to lots of snow to ski, it’s still not easy — that can be brave.

To face the long dark, in whatever way you can, is also brave, whether that means decorating for Christmas at the end of October, or militantly refusing to celebrate at all; running away to Guatemala for awhile, or having potlucks in the 5 o’clock darkness; planning music jams, or coffee with friends, or checking out a library book about the Armenian genocide, and then reading a fashion magazine instead, or surrendering to the call of Netflix and popcorn.

There are a million ways to cope, so choose your glitter. And go easy on yourself if it’s not sparkling quite as brightly as you’d hoped.

In a few weeks, the days will stop getting shorter and start getting longer again. Today, it’s snowing in Vancouver. The long dark will end. It always does, eventually.