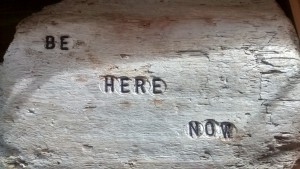 I am slow. It doesn’t matter if I’m writing an article or getting ready in the morning or ski touring -no matter how fit or focused I am, my pace rivals lichen growth, always. If I try really hard, I can almost approach normal person speed, but when I do, I inevitably feel like I’m on a ride that’s going too fast and I have to get off and get my bearings before I pass out.

I always knew my drummer’s beat was more of a casual stroll than a march, but it’s never been more obvious than it was this summer. My friend, J, and I, shared not only her car, but a single room in Ucluelet for all of August. Every morning, we’d get up, have breakfast and head towards Tofino to surf and (in my case) write stuff in coffee shops.

And every morning, no matter how hard I tried, J would have showered, cooked and cleaned up breakfast for both of us, strapped both our boards onto the car, and packed both of our wetsuits into the trunk, before I had finished getting dressed. If I’m the turtle, J is definitely the hare. The turbo hare who’s had a lot of coffee. Except J usually drinks decaf. It was utterly baffling to me how she managed to accomplish so much in that space of time. It was equally baffling to her how I managed to accomplish so little.

I sometimes think I would have an easier time if we still lived in a world where people got around mostly by foot and news traveled on horseback. A time before instant oatmeal and all those other time-saving inventions which, instead of saving time, simply raised everyone’s expectations about how much could be accomplished in a day. In reality, I would probably just be even slower.

These days, speed is a virtue. In restaurants, we get antsy if dinner doesn’t appear within 15 minutes of ordering. Heaven forbid if a website doesn’t load immediately. In the mountains, fast and light is the golden standard.

I’m not saying there’s anything wrong with it. I’m just saying that slow can be a virtue as well. The idea isn’t new. The slow food movement has been around for a little while now. People talk whimsically about a mythical “slower pace” they’d like to find, someday, when they have the time.

But these are nice ideas until you try to put them into practice. “Takes her time,” is not something you would consider putting on your resume. On the trails, we keep track of Fastest Known Times, not Most Time Taken Enjoying Nature. We idolize fast. And while we may wish for slow, it’s kind of the way we wish we had the self-discipline of someone who gets up at 5am to work out: without any intention of ever becoming that person. (Ok, one or two of you are that person. I don’t understand you, but I love you anyway.)

All too often, slow gets lumped in with dumb or lazy. And I get it. During the summer, J did more of the housework than I did, because by the time I started to think about doing it, she had already finished. It takes me days or weeks to write an essay that might take someone else mere hours.

I’ve wondered, at various points in my life, if I really am just lazy. I’ve wondered how many miles and hours I’d have to log to reach the baseline of speed that most of my mountain friends seem to have been born with. I’ve been hard on myself, told myself to just work harder, made impossibly long to-do lists, and wanted to give up when I failed to-do them.

And then, I’ve laughed at myself. I was raised with the old adage, if you can’t change something, make fun of it. Also, if you can change it. Basically, make fun of everything. Especially yourself. Laughter can be a kind of acceptance. A way of saying, this aspect of who I am is ridiculous, but it’s also kind of endearing and loveable, so maybe I can live with that.

J and I got through August, and our ridiculously opposite paces, by laughing -at each other, at ourselves, at strangers. We laughed and we did our best to learn from each other, since changing each other turned out not to be possible.

Surfing, especially in Tofino in the summer, is a lot of waiting. You paddle out past the break, and then you bob around forever, waiting for a decent wave. (Well, I bob around practicing bobbing around without falling off my board -everyone has their own level). That’s the slow. Then, when the wave comes, you have to turn yourself around, get ready, and paddle hard, feel the push, dip, and get your feet under you, all in mere seconds. That’s the fast.

Fast and slow are both necessary. They are both virtues.

I’m trying to make fewer plans in a given day, make shorter to-do lists, make fewer commitments, so that I have a better chance of keeping them. And you know what? I’m actually getting more done.

That doesn’t mean I’m able to ski any faster, though.