Last fall, I asked someone out, which I had pretty much never done before. The closest I’d come were a couple of cringingly earnest emails in my early twenties, to guys I had already made out with, expressing how much I really liked them -because I missed that phase in high school- without actually asking them anything, like, for example, if they would like to have coffee or something. Guys love that sort of thing, btw. It is because I no longer have copies of those emails that I can maintain my thin veneer of self-respect.

But coming out of my last relationship, I was hopefully a bit wiser, definitely a bit older, and I wanted to do things differently -like being honest about what I wanted, and sometimes even asking for it. (Rather than waiting for other people to ask me for what they wanted, and hoping it would be what I wanted too.)

So, armed with good advice from guy friends and my (wildly fluctuating) ability to self-edit, I sent a simple, straightforward text to my unsuspecting person-of-interest. It was terrifying. I now have mad respect for anyone who does this on a semi-regular basis. Despite there being no actual possibility of harm, or even of being made to feel mildly uncomfortable about it (I wouldn’t have asked him out if he wasn’t a Very Nice Person), it took a long time and a stern talking to from guy friend mentor #1 to actually make myself hit “send”. For several minutes afterwards, I jumped a foot in the air every time my phone vibrated. It was worse than an icy ski traverse with bad edges (which is pretty much the next worst thing I can think of).

But despite my frayed nerves, there was a strange sense of peace about the whole thing. I had done what I could, so I couldn’t worry about what to do anymore. And I knew that whatever the outcome, it would never be as bad as the inner turmoil I’d experienced in writing the text. All that was left was waiting. It was the guy’s turn to do something (which turned out to be declining in the nicest way possible).

Waiting is something I’ve been doing a lot of lately. Waiting for my back to heal so I can do stuff again; waiting for the teacher’s strike to end so I can have a job again; waiting for emails from editors so that I can send more emails to editors. Right now, I’m sitting in the sun in a beautiful and remote area of BC, waiting for an email telling us it’s safe to work. We’re also waiting to find out whether we’ll be here for another two days or ten. The strike ended while I was up here, and now I’m waiting to go home and back to my regularly scheduled life. I had to postpone a desperately needed haircut. It’s frustrating.

I don’t know why I’m so anxious to move things along. Truly, I should feel terribly guilty for complaining. The weather is beautiful, the people are lovely, I get to spend all day writing if I want to. But I want it all to be on my terms, and right now, it’s not. Nothing is. Waiting means not having control. When it’s control that you’re giving up on purpose, because it’s become a burden, like those feelings that won’t go away or that draft you keep rewriting, waiting can be a relief, even if it involves a disconcerting level of twitchiness; but when it’s control that has been taken from you, like your working conditions or knowing when you’ll be going home, letting it go can be hard, and waiting feels like a prison, even if it is a sunny, pine scented cell with a lake view.

I don’t know where I’m going with this, other than to maybe “write it out” (which is apparently really good for you). Or maybe I’m trying to convince myself to enjoy the forced time out, because I would be enjoying it if it weren’t forced, and it might even be good for me, if I could just unclench my jaw and go with the flow…like that time I worked at a daycare and spent literally an entire afternoon singing “Let it Go” and drawing Disney princesses as accurately as possible with a gaggle of 8-year-old girls, which somehow was a lot of fun (just don’t tell anyone).

Maybe the best way to play the waiting game is to make sure you’ve done everything you can, and then enjoy the peace and quiet. The rest is up to someone else, and whatever happens, you’ll be just fine. 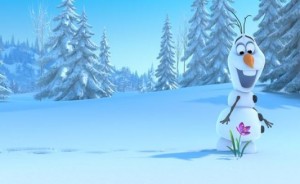