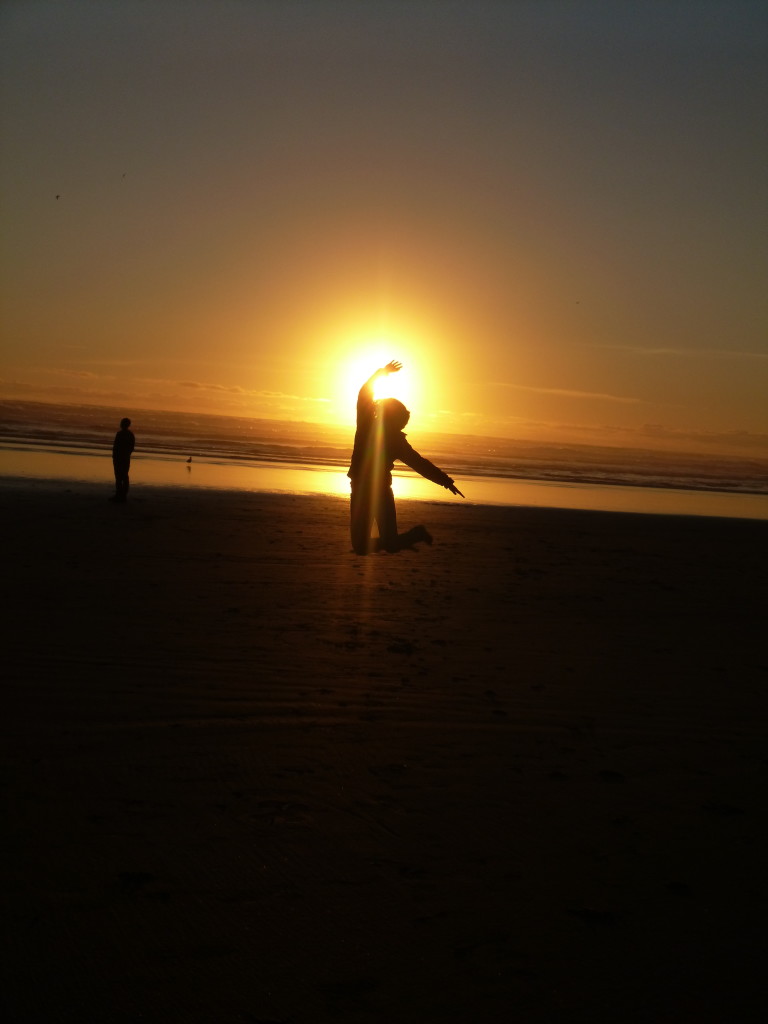 Last week, nothing was going well.

I was on strike, which was more morally defeating than I expected; former and current relationships were pushing at sore spots with infuriating persistence (ladies: when you have convinced your boyfriend to cut his ex out of his life entirely, do not then send that ex a long, unsolicited email justifying that decision. She doesn’t want to hear from you. Because she is SO over it.); the summer job I had lined up suddenly fell through, and then re-emerged as a part-time gig in a different location, but dependent upon the strike situation; my back, which had until recently been following a very logical, linear path to being better was doing something weird and painful that I didn’t understand.

Latching onto the only thing I could actually do anything about, I sent a frantic email (ok, two emails) to my physio, demanding he fix the back thing. Because that’s SO something people who don’t possess magical healing powers can do. Not my finest moment.

So I decided to do what has always worked best for me when things aren’t working out. I ran away.

The best way to forget about all your problems is to pile yourself and two also-on-strike, hilarious and free-spirited teacher girlfriends into a car with a surfboard strapped to the top and head south. We landed in Cannon Beach and stayed there for a few days, then made a pit stop in Portland on our way back Up North.

If you need to run away for awhile, Oregon, with its beaches, forests and lack of sales tax, is the place to go. For your convenience, I’ve compiled a list of the Best of Everything in Oregon (aka: all the places we went), so you can make the most of your crisis avoidance.

Best Campground That Has Space Last-Minute

When we called the state campground, the night before we headed out, we were told that people had reserved their spots nine months in advance to be able to stay there. Seriously? Who are these people? I don’t usually know until Thursday or Friday what my weekend plans are. 9 months ago, I hadn’t even planned my Iceland trip, let alone cancelled it. I only hand over 4 months of post-dated rent cheques at a time, just in case I decide to move or something.

Luckily, there was Wright’s for Camping. They had space for us for all 4 nights of our stay. They are also a 5-minute walk into town and to the beach, have big trees and quiet hours and hot water showers, and for 5$ will let you have a wheelbarrow full of firewood and unsupervised access to an axe. Worth it. 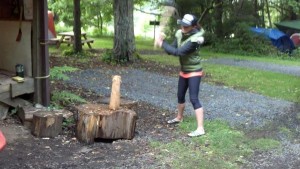 Cannon Beach, of course. Because sunset photos of Haystack Rock never get old. Also, there’s a resort that offers bonfire-starting services for its guests, and if you look helpless enough and/or befriend a guy who has a whole fire to himself, you might just get yourself a cute little homemade s’more package and a conversation about biblical depictions of the afterlife. 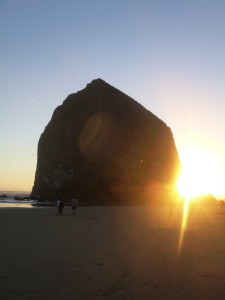 Best Cafe With Good Food, Couches and an Internet Connection

Bella Espresso might not have the big-windowed ambiance of the other cafes in Cannon Beach, but it does have food that doesn’t run out by 10am and a fast, reliable internet connection. Because running away from it all doesn’t include email or Facebook.

Best Beach for Thinking About Surfing and Getting Sunburnt All Over

Short Sand beach is just a short drive south of Cannon Beach on Highway 101. When we arrived, the waves were big and irregular and a bit mushy (real surfers: did I get my lingo right?), so the beach was littered with surfboards and people with wetsuits pulled down to their waists throwing frisbees and footballs around. I took a quick, wind-chilled walk before settling onto my back in a sheltered patch to work on scorching the front of my body. It worked like a charm -so much so that I decided to do the back side when we returned the following day.

I really can’t express just how beautiful that beach is: soft sand, trees, cliffs, mist, sun, a little stream running right down the middle; surf and spray and birds that were definitely not seagulls, but also probably not albatrosses; toned muscles and big smiles and happy dogs. 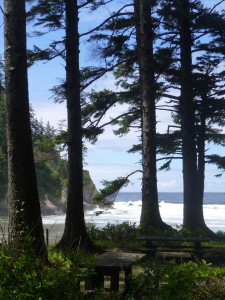 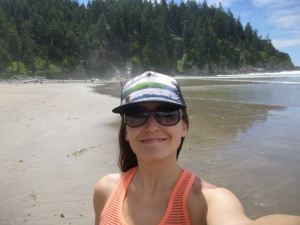 Casa Del Sol, a short drive north of Cannon Beach. Well worth the 8$ or so. 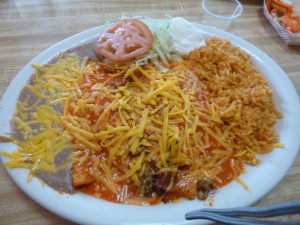 I didn’t know I needed incense or a spiritual awakening until I entered New Renaissance Bookstore on NW 23rd Ave (which is the best street in all of Portland, based on the three hours I spent there, and the no hours at all that I spent anywhere else in Portland). But I found both. Well, I found incense, and finally picked up a copy of Wild, by Cheryl Strayed. I also almost purchased a book about harnessing life energy, but baby steps.

Serendipitously, we parked directly in front of Sushi Ville in Portland, and realized we had to eat there. From now on, I only ever want to eat at restaurants where I can pick my food from a conveyor belt in bite-sized quantities. It’s perfect for the emotional eater whose mood changes every few minutes (don’t tell me you can’t relate). 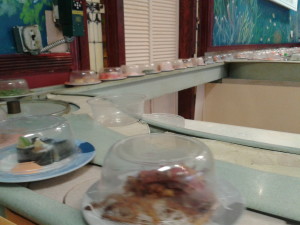